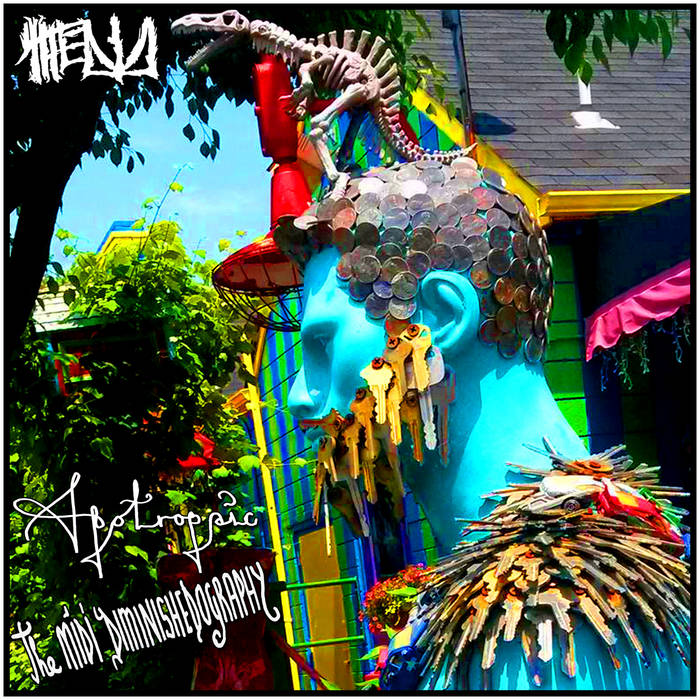 A video for 'A Short But Powerful Wiggly One' is here (and in the download), using the brilliant short animation 'The Other Side'... www.youtube.com/watch?v=vBjtO8U8wfY

- All songs originally made on Guitar Pro between 2010 and 2013
- Finally finally finished April 7th 2020
- Original files lost on a dead hard-drive before being completed.
- Files recovered in 2015, then 2 days later the laptop I had them on got stolen from my flat.

Thankfully I had audio files still, but, recorded all different ways. The 5 Releases in 5 Days Challenge made me revisit them, and I have been determined to finish them off.

1-5 were written for Diascorium; the techdeathblackdoom metal band I was in. We mostly wrote songs in Guitar Pro then tried to learn them. Some of these could have been the next ones we attempted. It is a huge shame we never managed to record the last batch of songs, but they're all on YouTube. What a wonderfully silly band that was! diascorium.bandcamp.com

6 could have been for them too, but seems like a good bridge between those 5 songs and the last 2, that were written with a different mindset.

There is a story for each track in the 'lyrics' link.

I hope, if you're not into the MIDI sound, that you can still imagine them as intended and as I hear them, with a full band playing them.

ABOUT THE 5 IN 5 CHALLENGE...
This has been a huge week for me, going through old works and finally just calling things 'complete'. They're not necessarily perfect, but they will never be perfect. This is the creative person's curse and gift, making them strive so hard to make things exactly how they want them, but never being happy enough to say that they are done.

That's what this personal challenge has been about, increasing my capabilities of just 'letting go' of works when they are as done as I can make them, and to push myself to 'clear the decks' so to speak or so many bits and pieces that have never come to fruition. It's going to take a lot of years to get through everything, plus do everything in the current time, but, the floodgates are now open and my productivity levels are going to remain through the roof.

As ever, thank you for listening and reading. I still just do this for me, so I can call things complete, and to give me something to look back and listen and read in years more down the line.

Hopefully you will understand my persistence in not letting these particular songs disappear into dust, but also my now-obsessional behaviour at having to get everything completed in my mind. I've spent far too many years never completing projects or realising ideas to their fullest, but the challenge and The Owl name overall has entirely broken that curse and routine.

If I can let THIS recording go free, I now know I can't place any restrictions on myself. Absolute liberation achieved.