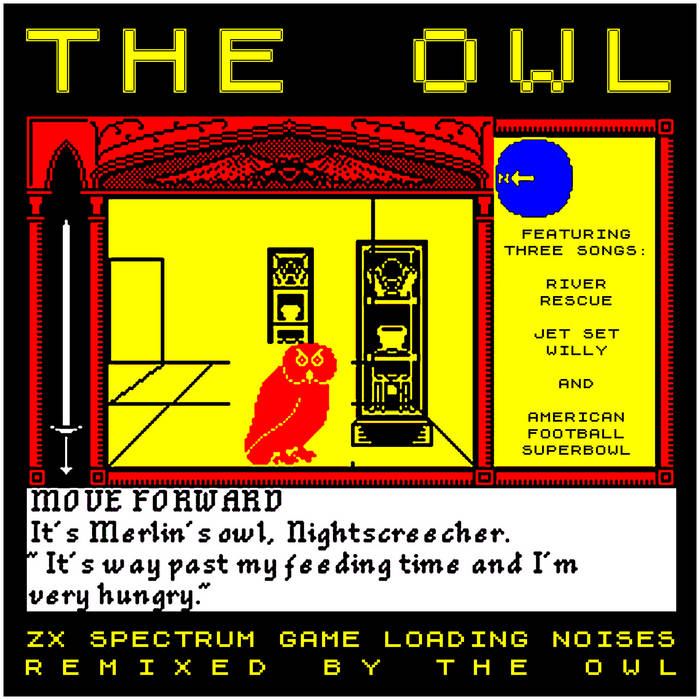 Feivl das Pech I was one of those firmly in the ZX Spectrum camp at high school as opposed to the more snobbish (to us) Commodore 64 aficionados. The tracks here are much more musical than you might expect (in a dark ambient way) and sound very little like the noise of the games loading from the cassette-player.

Video for 'Where We Are Going' here: www.youtube.com/watch?v=O3d04p9rTYI

Imagine if Abruptum's Casus Luciferi was a computer game from the 1980s that Merzbow did the soundtrack for, with Father 2006 adding some spice at the end, then this is what it would sound like...

Or would it be the other way around? If a 1980s computer game made by your father in 2006 was played by Merzbow, but it turned out to be Casus Luciferi by Abruptum? Yeah, that's more weird, let's go with that.

Anyway, you get the picture I am trying to paint... It would be great if you followed the journey to the end.

Have fun... or practice some blakk magick ritualz, which is also fun. Actually, please do the latter to this music, let me know the results...

And on that thought! CALLING REMIXERS...
Ten original sounds have been included if you fancy having a go at making your own versions... owlripperrecordings.bandcamp.com/album/owlripper-compilation-zx-spectrum-loading-sound-remixes

Just so people know. I absolutely loved the ZX Spectrum (48k with the rubber keys! Oh man!). I used to play for days on end on this computer between the age of about 6 until I was 13. Little did I know back in 1983 when I got it that one day I would be making 'insert that really long genre name into here' using the sounds of the games loading, but, here we are!

Jet Set Willy and Manic Miner were two favourites, so, thank you to Matthew Smith for creating these when you were also a teenager! Crazy story about him, go look it up.