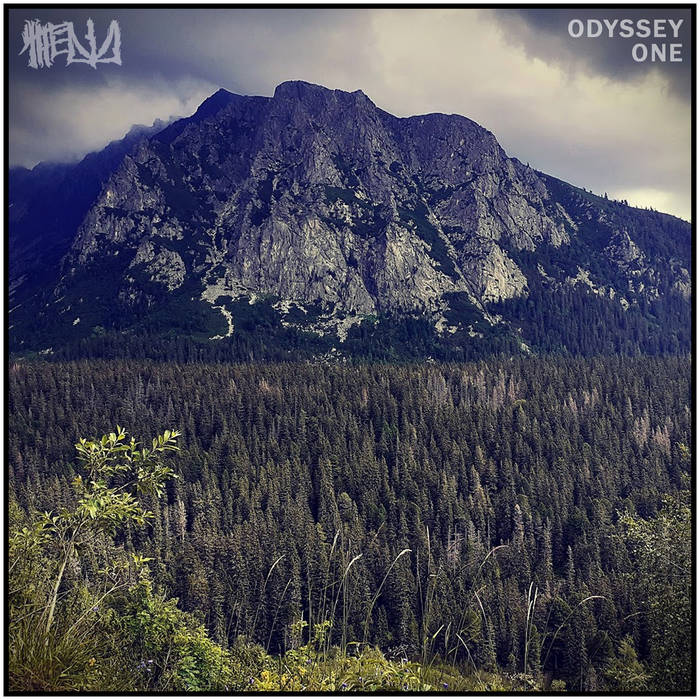 vecuu The slow heavy chugs of this album really hit the spot. A must listen if you like doomy ambient sounds with heavy riffs.

Please listen to #36 'Further Into The Vastness' afterwards to continue the journey: theowl.bandcamp.com/album/36-further-into-the-vastness


-> 'hypnotic, entrancing, engulfing bass sound, Bell Witch, Farer, Om, always moving forward, dark, exhausting, cathartic, relaxing. A wonderful record of genre defying heaviness.' - Wolves In The Drone Doom
-> 'desolate realms of doom metal, harrowing soundscapes, Primitive Man, Meth Drinker, SunnO))), low-end heft, haunting doom/noise, The Owl's myriad of sonic offerings' - This Noise Is Ours
-> monolithic, monumentally large, basic elements amp(ed) up to such an extent they are truly captivating in their overall sound. The sheer depth and power behind the reverberation on the album alone makes it worth listening to... take some time out of your day and don't just listen to Odyssey One, experience it' - Cave Dweller Music

- 'Ascend' is all bass and drums
- 'Descend' is all bass and piano, aside from the spoken word by Matthew King. I've wanted to use this sample since November 19th, 2004. I hope people get the reference.
- Original bass jam for both tracks, December 31st 2018.
- Recorded in Hundred Year Old Man's rehearsal space in Temple Of Boom, Leeds
- Constructed occasionally between then and April 2020.
- Re-constructed and mixed for hundreds of hours between then and December 2nd, 2020
- All photos taken in the Tatry Mountain range in Slovakia in July 2020.

So, thank you if you got this far. I've decided I want to tell more stories along with my music, so, here is a little part insight into why Odyssey One is incredibly important to me.

I've been making music since around 1994, self distributed some tapes of solo and band things around school and college, I've played in bands that have toured all over the UK, into Europe, the US, but it's only recently that I've started making my own 'full band' style sounding music, doing everything from the recording, production, mixing and then releasing. I make a lot of ambient, noise, experimental, drone music via this monicker, but there are plenty of riffs and ideas written and in the brain, so, this is the next stage of my evolution as a musician beginning now.

This record has had a two year journey, from the practice room session I did on my birthday in 2018, to arrangement, to then spending hundreds of hours between April and December 2020 going further inside the structure, and learning how to mix. I am incredibly happy with the result, and it has given me the confidence to now do much more of this sort of thing iin many different styles.

I grew up listening to John Peel, and have had a diverse taste in music since I was about 5 (seeing the Yellow Submarine and Koyaanisqatsi films, and hearing War Of The Worlds), and I've always tried to reflect that in the music I've been involved with, on my own or in a band setting. It feels incredibly liberating to finally be at a stage where I can confidently 'be a band' on my own, at whatever hour in the night I get the creative urges.

This record sits in the doom/post-doom world I guess, with many layers of ambient, drone, noise included. It is not overly complicated in structure, but it has that 'take me higher' feeling I look for a lot in the music I listen to. Things with swirling, whirling sounds, increases of tension and the big deep breath you take when the tension is released, only to feel that it is going to build back up again for another ride.

I aimed to emulate some of my all time favourite doom / slower / atmospheric bands in this music, and whilst I know I have a long journey in front of me to truly do that, this feels like a pretty good leap in the right direction now that it is complete and I am able to sit back and listen to it impartially.

I put everything that I have learned, from being around other incredible musicians for most of my life, from a full lifetime of deep listening to music, to spending months in solitude surviving life and my own brain, and the madness of the outside world, and tried to encapsulate it into one piece of music, the titles, the image that goes along with it.

Regarding the cover, here is a little excerpt from the Instagram post I made when I put that picture up, as to why it is specifically special to this.

'...one of the most epic pictures I've ever taken, considering how big those trees are, they look like they could be single blades of grass.

This rocky mountain walk (Štrbské Pleso to Popradské Pleso), for me, was pretty tough; as someone who has vision in one eye, a fear of heights due to the depth perception problems that causes, knees that are nearly 16000 days old(!), and having had many nightmares and thought demons of falling from / being pushed from high places, which made being around lots of other walkers in both directions incredibly unnerving and disorienting at times.

BUT... thanks to insane views like this, the desire to push myself out of comfort zones, to tell my brain to shut up despite its best efforts to sabotage things, I did it.

On the journey and arriving back home, I had spells of delirium, laughter and feeling amazing from the combination of tension relief and then adrenalin and happiness in myself.

My first time in Slovakia as well that weekend. A most excellent big adventure.'

I hope this takes you to nice places in your mind either way, and thank you for reading this story.
Paul / The Owl